5 Tips for Becoming a Father

Someone once told me how on her wedding night, her husband told her that in nine months’ time they will become mum and dad, and he said: “I can’t wait to carry my little bundle of joy”.

Nine months down the line there was no pregnancy. All the efforts put in place by the couple to achieve pregnancy were yielding no results.

Men can increase their chances of becoming a father with these essential “fertility tips” that have been tested and proven to be effective.

The number one tip on my list on the 5 tips for becoming a father is to manage stress. Stress could activate the release of glucocorticoids – steroid hormones that affect the metabolism of carbohydrates, fats, and proteins. This could reduce testosterone levels and sperm production.

According to the American Society for Reproductive Medicine, in around 40% of infertile couples, the male partner is the sole cause or contributing cause of infertility.

The main cause of male infertility is sperm abnormalities, this includes low sperm production or abnormal shaped or non-motile sperm. Problems with ejaculation, undescended testicles. Health and lifestyle factors can also lead to sperm abnormalities.

The Journal Fertility and Sterility Study

They note this finding remained even after accounting for other factors that may influence semen quality, such as age, other health problems and history of reproductive health problems.

Managing stress can have a positive effect on a man’s sperm production and general fertility. Therefore, men who plan to becoming a father should take this into consideration.

Number 2 – Avoid Alcohol and the Likes

Men who plan to a father should also plan to avoid alcohol. A number of studies have found that heavy alcohol consumption in men appears to affect sperm count and sperm quality.

A recent large Danish study of 1221 healthy young men between the ages of 18-28 found that even modest drinking habits, as little as 5 drinks per week, can negatively affect the amount of sperm produced, the concentration of sperm per milliliter of semen, and the morphology of sperm.

This same study showed that the most significant impairment in sperm quality was found in men who regularly drank more than 25 units a week. (1 unit of alcohol was described as 1 beer, a glass of wine or 40ml of spirits)

Drinking alcohol heavily can decrease testosterone production and cause shrinkage of the testicles. This can eventually result to decrease fertility, impotence, and erection problems.

Other studies have shown a serious reduction in testosterone levels for days after a man takes a single dose of alcohol. The reason is because the body’s ability to eliminate testosterone from the blood and the body’s natural ability to convert testosterone into estrogen increases after drinking alcohol.

A healthy man is expected to have more testosterone than estrogen. Converting testosterone into estrogen due to the effect of alcohol leads to a decline in testosterone levels. This can reduce a man’s fertility.

Beautifully, the damage done by alcohol to a man’s sperm count and quality is reversible. This means that abstaining from alcohol can reverse the harmful effects on sperm production and quality.

Number 3 – Becoming a Father is to Balance Your Hormones

When you look at the tips for becoming a father, one issue that cannot be overemphasized is to balance your hormones. A man can prepare to father a child by getting his body ready for the days ahead.

This is the period of planning to father a child and enhancing your sperm to fully come to maturity so as to fertilize an egg.

Getting your body rid of toxins is a great way to reset your health. You do this by removing drug residue from your system through fertility cleanse and bringing your hormones to balance.

Hormones play a crucial role in semen production and a man’s fertility. Hormonal imbalance is not an issue relating to women alone but men also face the issues of hormonal imbalance, and this is relatively common.

Causes of Hormonal Imbalance in Men

A man suffering from hormonal imbalance may find it difficult becoming a father. The good news is that there are natural herbs that are great for bringing balance to male hormones.

The herbal blend in FertilXtra Kit for Men is a natural and powerful remedy in balancing men’s hormones. This blend also helps a man become more fertile and achieve the dream of becoming a father.

There are nutrients that are beneficial for male fertility. They can be incorporated into your diet or taken as a supplement. These nutrients include:

Zinc – This is considered one of the most important trace minerals for fertility in men. Increasing zinc levels in men having fertility challenges have been shown to boost sperm count, improve the morphology, as well as the quality of the sperm.

Selenium – This is essential for men’s fertility as it helps in the formation of sperm. Studies have shown that men with low sperm counts have also been found to have low levels of selenium.

Vitamin E – Many studies have shown that Vitamin E can improve sperm health and motility in men. This is an important antioxidant that helps to protect sperm cells. It can be found in almonds, olives, sunflower seeds, spinach, dark leafy greens, and papaya. Other great vitamins include Vitamin B12 and Vitamin C.

Antioxidants – Antioxidants helps to support sperm health in a great way. It helps to protect sperm from free radical damage and keep sperm cells alive which in turn reduce the number of dead sperm cells in a man’s semen analysis.
Antioxi-D contains the most beneficial antioxidant nutrients needed in men and women’s fertility in an easy ingestible form.

The testicles are also known as the testes. They are the two reproductive glands, enclosed within the scrotum, that produce spermatozoa and the hormone testosterone.

The optimal production of testosterone by the testicles largely depends on the right environment. A man needs to keep his testicles cool, about 2 degrees cooler than the rest of the body for optimal testosterone production.

Keeping your testes tight against your body can raise the temperature of your testicles. This eventually leads to the reduction in the production of testosterone which also can result in a semen analysis report.

Men don’t cook your testes whether you are trying to father a child or not. You need to be conscious of the health of your testicles.

Things That Can Raise the Temperature of Your Testicles

There are things you do or some activities you engage in that can raise the temperature of your testicles which can reduce the number of sperm, they include:

Say NO to long hot baths, hot tubs, or saunas, which can have a negative impact on your sperm production and YES to loose boxers and giving your testes the ‘freedom’ it deserves to produce sperm optimally.

If you have been trying to father a child, FertilXtra Kit for Men is formulated to restore male fertility. Antioxi-D and Organics-G provide additional support by helping to support the life span of your sperm cells. 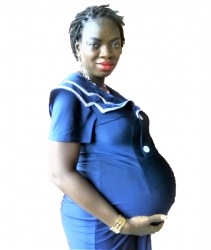 Follow Me
Benney Ojo
Benney Ojo is a United States Certified Herbologist, an Aromatherapist, and a Fertility Massage Therapist.
Benney loves writing and has been writing fertility articles since 2014. She advocates for natural fertility and supports men and women through their fertility journey. She consults for FERTIL-24 Herbals, Port Harcourt.
Benney loves God and nature.

Follow Me
Latest posts by Benney Ojo (see all)